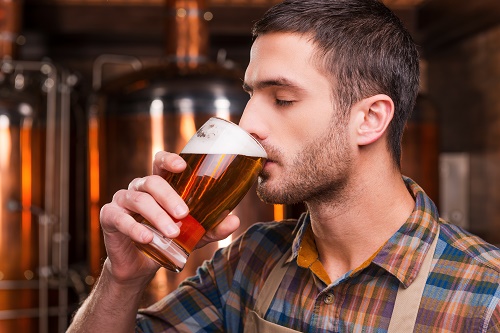 While Margaret River is home to some of the Western Australia’s most famous vineyards, we are also home to a small, but growing, colony of outstanding Margaret River breweries, cideries, and distilleries.

Our beer industry is young, unique, and locally owned and operated. Besides being able to enhance the dining and drinking pleasure for the local residents, our breweries have quickly become a main feature for tourists and vacationers. Our beer and cider establishments are open to the public on a daily basis, and can be accessed by private vehicles or as part of a guided tour.

Seasoned beer connoisseurs may know which variety of beer sits best on their tongues, but they are in for a surprise when sampling the innovative tweaks on basic favorites that our breweries offer. For those who are occasional beer drinkers and for those who want to sample some local spins on favourite classic varieties, we offer the following beer tips and terms before you dash out to grab that pint, enjoy a paddle of brews, or purchase a takeaway six pack.

Whether you are a local resident or a visitor to the area, we recommend a visit to the following breweries while you are out and about. For more information about these individual breweries, click on the links below. There you can find contact information, operating hours, tasting events, dining facilities, touring opportunities, special events, and upcoming entertainment performances.

In the few short years since the Black Brewing Company opened, it has quickly become a much-go-to restaurant and brewery. The two owners and operators, Stewart Sampson and Scott Douglas, were friends for a long time before venturing into business together. Their talents, creativity, and passion for craft beers are so in sync with each other that it was practically preordained that their business would be a great success.

Margaret River Distilling Company may be one of the youngest distilleries and dining establishments in the Margaret River area, having opened its doors in November 2015, but it has created a marvelous educational Gin appreciation class, called Giniversity. It was also awarded Australia’s Champion Whisky for 2016 and the World’s Best Craft Whisky for 2017.

If you truly enjoy trying creative craft beer, then the Cheeky Monkey Brewery where you want to be. The Burtons opened the brewery in 2012 and it rapidly became a favourite gathering place for both residents and tourists.

The brewery offers a selection of lager, ales, IPA, seasonal limited releases, apple cider, tasting paddles, and a variety of red and white wines from local Margaret River wineries. The menu in the restaurant features pizzas, burgers, fish and chips, waffles, and desserts. Non-alcoholic beverages are available for the younger diners. The play areas for the children make the Cheeky Monkey Brewery a fun place to visit for the entire family.

When craft beer is what you want, set in a rustic back-to-nature atmosphere where the entire family can eat, drink (non-alcoholic for those under 18 years of age), and have a blast, then you have just described Margaret River’s authentic Beer Farm.

The beauty of the Beer Farm is that the owners retained the structure of the original dairy farm buildings, gutted them, and converted the hay shed into the indoor dining tavern and the round house into the brewery. There are several indoor and outdoor recreational areas for children of all ages, including those adults with playful inner souls.

The History of Beer

Beer, the third most consumed beverage on Earth, has been around for over 5000 years (the first two are water and tea). One ancient Celtic axiom says, “Good people drink good beer.” Some people believe that the invention of the wheel was the start of mankind’s civilization. But, in today’s civilisation, beer, and not the wheel, goes better with pizza.

The popularity of beer has been cited by some very notable individuals. The patron saint of brewers, Saint Arnold of Metz, said, “From man’s sweat and God’s love, beer came into the world.” The Greek philosopher, Plato, said, “He was a wise man who invented beer.” But, the best quote that exemplifies the enjoyment of beer in the Margaret River region is from the Canadian essayist, Hugh Hood, who stated, “Nothing ever tasted better than a cold beer on a beautiful afternoon with nothing to look forward to than more of the same.”

The above tips and terms are just a mini lesson meant to assist you when determining which brew style best suits your unique taste buds. But, the joy of going to a Margaret River brewery is in the adventure of sampling new flavours (like those below). And, as with all beverages, the best beer flavour for you is what you personally like. It is also worth noting that in addition to visiting our local Margaret River breweries, a number of local merchants, pubs, and eateries also serve a selection of beers from these same breweries. 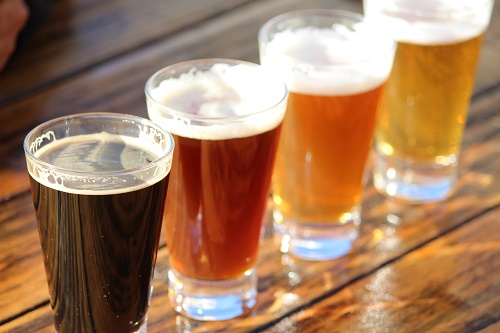