If you’re planning on being in the area between 22nd April and 7th May, you can’t miss the Margaret River Region Open Studios, Western Australia’s premier art event. Open Studios gives art buffs the opportunity to take in the region’s dynamic and constantly evolving visual arts world. It doesn’t matter if you want to speak with talented artists, tour exclusive art studios or look at pieces that have not yet been released to the public. Open Studios is a must-see for anyone and everyone who has a strong passion for the visual arts.

What is Open Studios? 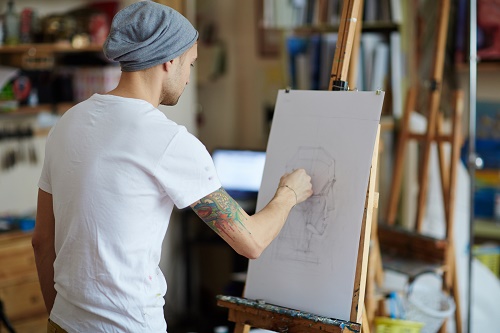 Open Studios doesn’t only give art buffs the chance to learn about visual arts, either. The event begins at stunning Cape Naturaliste and ends by equally breathtaking Cape Leeuwin. If you love the idea of immersing yourself in art studios and taking in all the amazing sights and sounds Western Australia has to offer at the same exact time, nothing can beat the joys of Open Studios. Imagine spending a couple hours at Cape Naturaliste Lighthouse and then heading to a few fascinating local art studios. Open Studios gives art fans access to the studios of as many as 120 artists of all types. This event is perfect for people who want to learn about up-and-coming artists from the area. It’s also optimal for those who want to learn about artists who have already made big names for themselves in the art universe. Open Studios is an exciting event for people regardless of their specific art tastes and preferences. It covers so many bases.

The event focuses on a lot more than just paintings. It also focuses on jewellery, ceramics, textiles, photography and sculpture. If you want to see talented and experienced ceramicists and photographers up close and in action, Open Studios is calling your name. Upcycling artists will also be a big part of Open Studios. People who are interested in all things that involve creative reuse won’t be able to resist checking out these artists’ environmentally sound approaches to work and to innovation in general.

This event can help you learn about all different kinds of artists and artworks. It can also be a rewarding shopping experience. If you want to buy original art from some of the area’s most interesting and capable artists, Open Studios is without a doubt the way to go.

How Can You Attend? 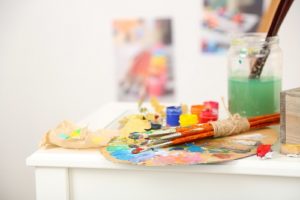 The Margaret River Region Open Studios is an event that spans a total of 16 days (the full itinerary and more information can be found on the official website). You just never know where Open Studios will take you. If you participate in this event, you’ll see all sorts of venues, galleries and studios. It’s a great event for people who like networking and visitors can meet acclaimed artists from all sectors.

Admission to Open Studios is 100 percent free. People who want to relish fine artwork without having to spend a significant amount of money won’t be able to resist this activity-packed event. Visitors can rely on an ‘Event Catalogue’ that displays all participating open studios. You can easily obtain a physical event catalogue in locations all throughout the area. You can also easily get one via the official website. If you want to pick up a physical copy of an Event Catalogue, just head to a designated visitor centre in the South West region.

Some of the Featured Artists

Leon is one of the skilled artists who will be taking part in Open Studios. His various artistic specialties include drawing, printmaking, painting and mixed media. Although Leon lives in Perth, he spends a significant portion of his time in his lovely Margaret River studio. Pericles has presented 150 plus art exhibitions in areas all over the country. Pericles’ artwork is inspired by the simple rural life and he concentrates on artistic concepts such as the environment, fishing, sailing and history. See Leon’s work on his website here.

Caroline is another artist who will be participating in Open Studios. She concentrates on drawing, printmaking and painting. She’s also particularly fond of screen printing. Juniper has a zeal for bright colours and interesting textures. Juniper has created countless prints that have been used as wine labels, event posters and book covers. Her prints have even been used in restaurant menus!

Mirella is yet another artist who is going to be a part of the massive art extravaganza. Her numerous specialties include drawing, printmaking, painting and mixed media. She has had a penchant for artwork for her entire life. She has noted, however, that relocating to the Margaret River region truly took her passion to the next level. The essence of nature is her muse and she creates artwork with charcoal, watercolours, ink, acrylics and oils. She constantly strives to document images that reflect the boundless magnificence of the world.

Apr 26 Who doesn’t look forward to some time away from the...

Mar 30 There is just no denying that dining out is a...